You either play Fortnite, or you know someone who plays Fortnite.

The battle royale style online game has become one of the most popular video games in the world with over 125 million players. It launched in July 2017 and has become a cultural phenomenon of this generation with YouTubers, Live Streamers and even rapper Drake shifting it to having a prestigious status in the online community.

Fortnite has overtaken games like Call of Duty and PlayerUnknown’s Battlegrounds to becoming one of the most popular games on YouTube across multiple platforms; becoming the first game allowing players to play cross-platform. Though, it still hasn’t ousted Minecraft as Youtube’s gaming content king – just – 2019 could be the start of a new reign as Fortnite has broken many YouTube records, including setting a record for the biggest single live gaming stream at 1.1million concurrent viewers.

Fortnite download is free and it puts an innocent spin on normal shoot ‘em ups with its cartoon graphics, dancing emotes, and player skins. The latter two being purchased using an online currency called “V-bucks” – a downloadable commodity which can either be won or bought with real money – a real cash cow for Epic Games.

The problem with V-bucks is the appeal they have; imagine you’re a teenager who sees an advert stating “FREE V-BUCKS” in massive, colourful and aesthetically pleasing letters in some advertising space on your favourite website.

Naturally, this is where a social engineering experiment has succeeded, and a hacker is now using your information against you.

There was a flaw that allowed hackers to steal virtual currency and read private conversations online. The bug was fixed in mid-December, but still opens a massive conversation on social engineering, malicious links and hackers.

Cybersecurity professionals and Game Developers are hard-pressed now more than ever to ensure the online safety of gamers; the target market of Fortnite is predominantly teenagers and kids who are at a higher risk.

This issue then becomes one of GDPR, the data protection legislation which came into play in May 2018. If there’s a breach of Fortnite/Epic Games’ systems then that’s over 125 million players worth of information that becomes at risk, which would be a monumentally big hiccup.

e-Careers work with The Trust Bridge and Keywords Studios to develop and supply GDPR courses specifically for the gaming industry, you can find them here, and work towards ensuring your systems are protected for gamers around the world.

Or are you looking to protect networks, systems and infrastructures? If you are a current or aspiring cybersecurity professional, we offer a package of IT and cybersecurity courses which we can tailor to your needs.

GDPR deadline - the time has come! 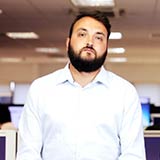 Tom Cornall   |  Cyber Certifications for IT Professionals
Cookies help e-Careers.com improve customer experience. By using our site, you agree to our use of cookies.